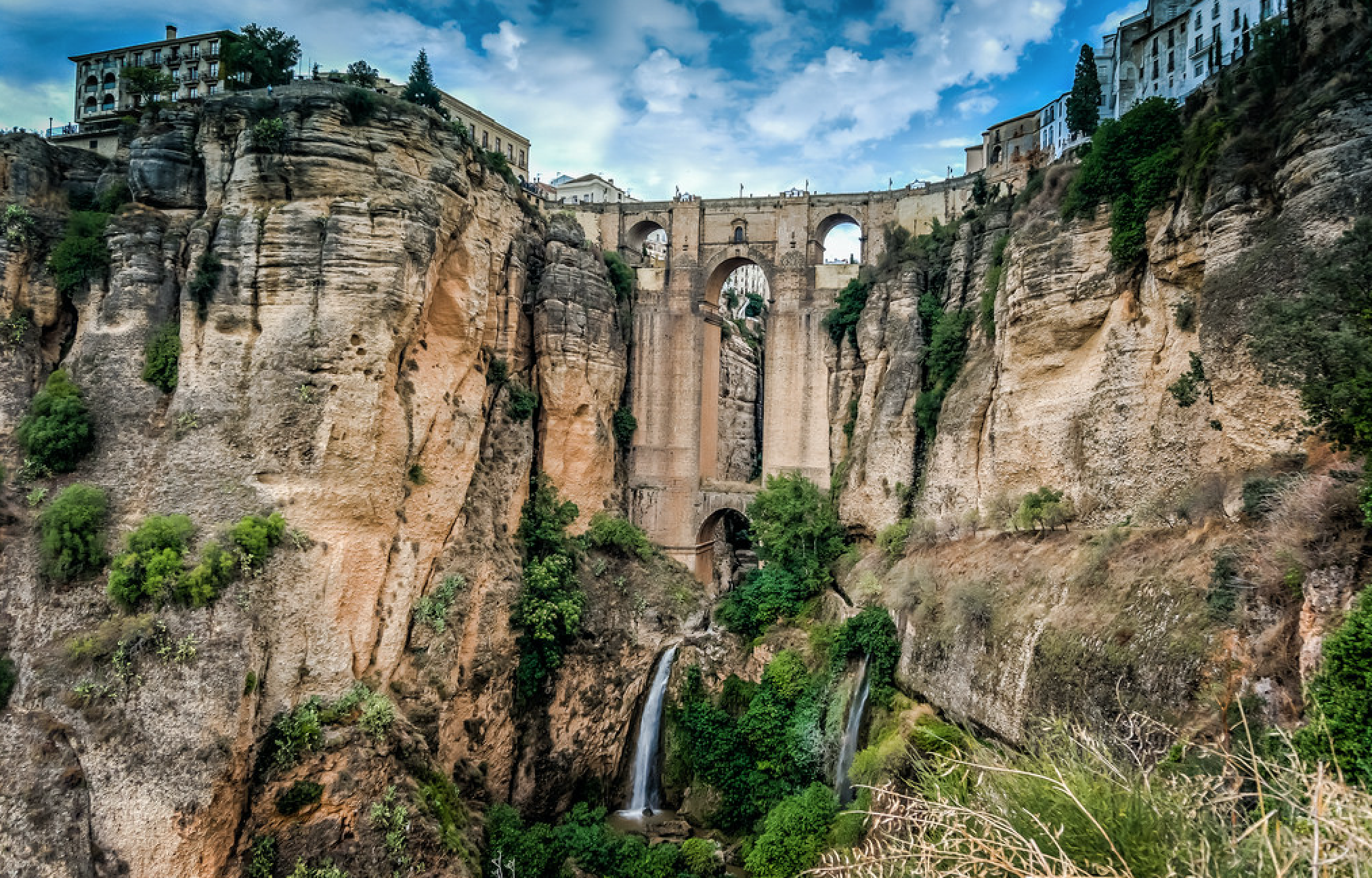 If you’re travelling through Spain and want an incredible hotel stay, you can’t go wrong by choosing one of the many paradores in the country. A parador is essentially a type of luxury hotel, usually located in gorgeous places like historic cities, and are converted monasteries, castles, and other monuments. They will usually cost you the same as a five-star hotel, but are well worth it! Here are four of the best paradores in Spain.

Overlooking a beautiful plaza, the Parador de Lerma has generously sized rooms and a central courtyard that is just lovely. There’s also a restaurant and other areas surrounding the courtyard, and all rooms have a great view of the countryside below. Originally a ducal palace, you’ll find the Palador de Lerma on the way to Madrid from Bilbao.

If you can only splash out on one luxury hotel, make it this one! The Parador Nacional Castell de la Suda is the highest point in Tortosa, and it overlooks the Ebre valley. Apart from amazing views, you’ll also be transported back to medieval times thanks to the features the hotel kept when it was converted. There’s also a great restaurant, making this our can’t miss parador!

Formally an imperial palace, Parador Carlos V is simply majestic and can be found in Extremadura’s Vera valley. Furnished with period pieces, there’s also a courtyard fringed by palm trees, a restaurant that is known for its Extremeño cuisine, and in the summer an open-air pool.

Hostal dos Reis Católicos was a hospital in the fifteenth century and is thought to be the world’s oldest hotel. Large luxurious rooms surround four peaceful courtyards, and you’ll also find a bar and two restaurants as well. This parador is definitely worth the price, and you can get good deals for longer stays.

When you’re planning a trip to Spain and want to stay somewhere more exciting than the usual places, you can’t go wrong with any of the amazing paradores scattered around the country. Transport yourself back in time by staying in the historic churches, fortresses and other buildings that make up Spain’s unique paradores.

Thankyou to our friends back in Australia who regularly travel to Spain for sharing their tips today.

It is fun to travel with small kids. With just the right preparation, you and the whole family will enjoy. If you are going on a trip with your kids, here are some tips that can help.

Pack smart. While you may want to bring a more extra shirt with you or that diaper brand your child mostly use. But you can easily buy what you need in your destination. Although brands may be different, your kids can adjust.

Pick a kid-friendly location. Choose a location that is close to local attractions, the beach, the park, food outlets, and mostly within walking distance.

A pool and games room. Children love swimming pools and game rooms so make sure that you find a place where your kids can enjoy both.

Set a family travel budget. You do not have to travel a lot even if you are travelling with kids. Decide on a comfortable budget and make sure you make it work for the family. Your budget should include entertainment and a few unexpected activities. However, make sure that you have some extra cash with you since you may need to blow your daily travel budget so that you can experience lifelong memories with the family.

Advanced planning. It is not very practical to find accommodation when you arrive without booking especially if you have kids with you. It’s a must that you do pre-booking for your little one’s sake. Keep in mind that after a long flight, the last thing your kids would want to do is to hunt around for somewhere to stay.

There are a lot of places to visit when in Italy, but the question on most travellers is what they should do once they are there. We have narrowed down some of the things you can do in the country and have a great time in the process.

Most people tend to skip Milan when they visit Italy, but this is the only place where you can see the work of Leonardo da Vinci of “The Last Supper.” The tour to see his masterpiece is heavily regulated and you only have 15 minutes to enjoy it. Better make sure that you book your tickets in advance because your visit to Milan is all worth it.

Instead of the common day tour to ride a gondola, opt to ride this before or after dinner. Hop on the slow-moving #1 vaporetto at one end and ride it to the other end again. Make sure you have gelato and your special someone as you do this romantic journey.

Hire a tour guide at the Vatican Museums

While you can definitely walk on your own as you go through the Vatican Museums, but for those who love arts or just appreciate history, a guide is your practical option. You will do better to just follow a guide who can point out to you the important pieces and avoid overspending time understanding each piece on your own. As an added bonus, a tour guide can also guide you when you visit St Peter’s Basilica.

Georgia in Europe’s winemaking has the oldest history in the world that dates back to about 6000 BC. Georgia today still make wines the same way as they did 8000 years ago and this by grape fermentation placed in clay pots and then burying them underground to keep the temperatures stable.

If you are interested in wines and love to travel, here are some great places to visit in Georgia

Baia is a top female entrepreneur in Georgia that focuses on bespoke small batch qveri wines. Its winery focuses on 100% organic processes. Because of its production cost of international certification, it is almost difficult for such independent wineries to get certification. Visiting this winery which is near Kutaisi will let you discover this organic methodology.

Khareba located near Telavi is one of the biggest wine producers in the country. When you visit the place, you will be able to see and look around the 7 km wine tunnel and even take pictures. You can even see the Chacha room in action where they make Georgian grappa. Above the vineyard is a full-service restaurant where you can find an amazing view of the valley.

The Numisi wine cellar is also near Telavi and has a unique looking museum. The wine they offer is also pretty good which has a homestyle type of taste common in Georgian wineries. Instead of being placed in a premium bottle, the wine is in a jug where you can even order a ½ litre jug of both red and white wine.